My Medical Emergency: I Was Diagnosed with Cancer While Living Abroad

Shannon Zimmerman, a 32-year-old CrossFit trainer and fitness coach, was diagnosed with thyroid cancer at the age of 25 while living in the Dominican Republic. Throughout her battle with cancer, IMG was there for Shannon.

Shannon Zimmerman knows the importance of strength — both physical and mental. A 32-year-old CrossFit trainer and fitness coach, Shannon was ranked the second fittest woman in the state of Indiana (USA) by CrossFit Games in 2017. 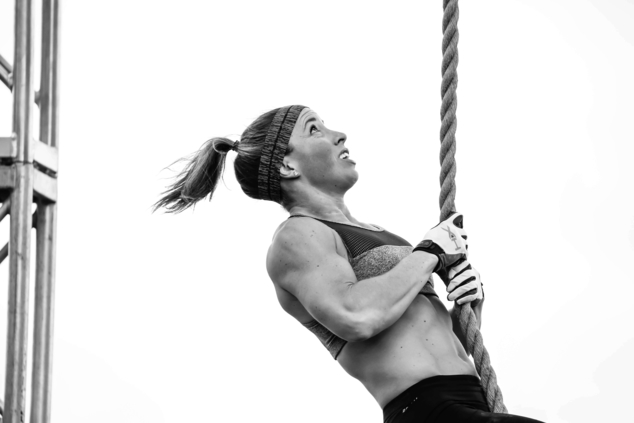 Today, Shannon manages to continue training between her full-time nonprofit work with Solid Rock International in the Dominican Republic and her part-time coaching position at Broad Ripple Fit Club in Indianapolis, Indiana.

But she hasn’t always been an athlete. In fact, Shannon didn’t begin training until after she was diagnosed with thyroid cancer at age 25.

Living with her husband in the Dominican Republic at the time, Shannon truly learned the value of strength — albeit a different kind of strength than that which has earned her top rankings as a weightlifter.

After her diagnosis, she began pushing herself to achieve and maintain the emotional strength it takes to not only survive, but beat cancer. Like with physical training, it requires time, energy and persistence to do so. Importantly, it also requires faith, support and encouragement from a network of people.

Throughout her battle with cancer, IMG was there for Shannon. This is her story.

My Medical Emergency – As Told by Shannon Zimmerman

In the fall of 2008, my husband Joe and I moved to San Juan de la Maguana, Dominican Republic, to volunteer through a Christian, nonprofit organization called Solid Rock International. We committed to serving for three years as Guesthouse Hosts and were in charge of running a residence for North American guests on short-term mission trips.

The main function of our job was to give teams a comfortable place to sleep and eat, as well as arrange for transportation and various details at their job sites. Typically, we would host around 600 volunteers each year and enjoyed getting to know those who returned on an annual basis.

In preparation for our time in the Dominican Republic, Joe and I purchased two international medical insurance policies from IMG to cover our health care needs. We were so glad we did, because at the young age of 25, I was unexpectedly diagnosed with thyroid cancer.

A cancer diagnosis is something no one wishes to hear. But when I finally received the diagnosis, it was almost a relief. We had been waiting for a long time trying to get answers about my declining health through the Dominican health care system without much success. Once we saw a doctor in the States, I was just happy to find out what was going on and make a game plan to move forward. Waiting for answers was always the hardest part. What’s next? What were the test results? It felt like we were living in a constant fog of unknowns.

My first surgery in August 2010 was a total thyroidectomy plus a right neck dissection to remove my thyroid and about 100 infected lymph nodes from my neck and chest. A few weeks later, I had a radioactive iodine treatment where I swallowed a pill containing a large dose of radioactive iodine. I then had to remain in quarantine in the hospital until my radiation levels were safe for me to be in public.

After that, I ended up needing a second surgery to remove about 30 more infected lymph nodes they had discovered in the left side of my neck. I was told I would need a second radioactive iodine treatment to clean things up after that surgery. However, we decided to pray hard and ask that God would give us a miracle and heal me completely. After having a full body scan to see where things were at post-surgery, we were overjoyed that God heard and answered our prayers.

Shannon poses after her second surgery to remove 30 infected lymph nodes from the left side of her neck.

I received the good news on August 31, 2011, and have been cancer-free ever since!

Finding strength in faith and CrossFit

The biggest help for me was my faith. We cried and prayed a lot, but God gave me and my husband a peace and calmness unlike anything we had ever experienced before. I came to the conclusion that sometimes the process is the point. We all like to rush to answers and solutions and get the hard parts over with quickly and, because of that, we can sometimes miss how a situation can change and grow us for the better as people.

The experience also led me to one of my passions: CrossFit, a high-intensity fitness program that incorporates elements from several sports and types of exercise. 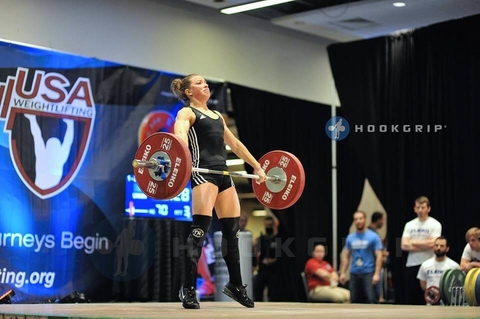 Shannon competes at the USA Weightlifting (USAW) American Open in 2014. Photo by Hookgrip.

When I was serving abroad I did what a lot of volunteers can end up doing: I got lost in what I was doing to help others and neglected myself to a point that was not healthy. I wasn’t eating well and, although I tried to exercise, I was discouraged by the results.

CrossFit was appealing because of the variety and scalability of movements for all fitness levels. I began trying it out on my own and quickly became hooked. CrossFit also promotes healthy eating. I became much more motivated to change my habits with food when I realized how it would help me feel better working out. 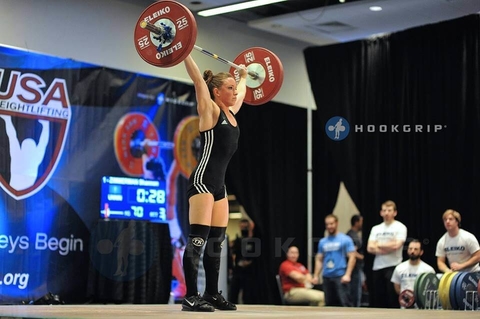 Shannon competes at the American Open in 2014. Photo by Hookgrip.

The motivation to stay with it in a large part came from experiencing such a low in my physical health. On top of the cancer, I had also been dealing with some autoimmune diseases and I was fed up with it all. Being sick was a huge motivator in my decision to take control of my health. That is what started it all. From there, I fell in love with competing and just the constant improvement I could see and feel the longer I stuck with it. I had no idea how far I would go in the sport and laugh looking back at my simple prayer for health!

Throughout my treatment and in the months that followed, Joe and I were in frequent communication with IMG as we worked through the various medical bills from our doctors.

At first, the unknown of the climbing bills was very overwhelming. However, we were so thrilled that a large majority of our costs were covered by IMG and, not only that, we were also receiving the support we needed from our insurance company.

Knowing that we were able to afford the essential medical care I needed gave us so much peace of mind and allowed me to focus on getting my health back.

I would definitely recommend having health insurance while traveling abroad. As I found out, the unexpected can happen and no one wants to have the added stress of medical bills that can’t be paid on top of a serious illness.

IMG provided exactly what we needed, and Joe and I were very satisfied with our insurance choice. International medical coverage does not have to be pricey to be effective. I am living proof that IMG stands by their commitment to “be there.” If we ever need international health insurance again, Joe and I will definitely choose IMG.