Roger Anthony, an expat living in Cabo San Lucas, Mexico, was involved in a terrible horseback riding accident that left him leaning on IMG for help in his time of need.

Expat Roger Anthony was living in picturesque Cabo San Lucas, Mexico, when he took a fateful trip to Arizona, USA, in August 2009. During that trip, Roger was involved in a terrible accident that left him in the hospital and two rehabilitation centers for a month, and unable to walk for three months.

“A 1,200-pound horse reared up on me and essentially crushed me,” he recounts to IMG. “I had a punctured and collapsed lung. I felt that panicked sensation when someone knocks the wind out of you. I was in panic mode, and was out in the middle of nowhere.”

While visiting friends in his home state of Arizona, Roger went horseback riding deep in the woods atop the mountains — the perfect setting for a quiet and introspective ride, but not for a medical emergency. 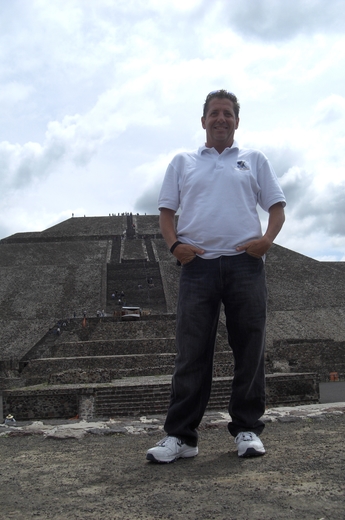 Roger says he doesn’t know what spooked the horses, but both his and his friend’s horse bucked them off, leaving him with potentially life-threatening injuries. In better condition, his friend hurriedly went to get help from neighbors.

“While I was waiting for my friend to get help, you can imagine I was doing some praying,” he says. “I was asking my maker to not let me die that day, and not let me be paralyzed.”

Conducting a quick self-assessment, Roger discovered he could bend his hands, feet and legs, but couldn’t move his torso.

“That’s when I knew there was something seriously wrong,” he says.

Within an hour, Roger was transported by the local fire department in the back of a pick-up truck from his remote location in the woods to the nearest clearing, where a helicopter arrived to take him to a hospital in Scottsdale, Arizona.

But he wasn’t “out of the woods” yet. Roger soon endured even more obstacles. After a 10-day hospital stay, he was transferred to a rehab center, where he started getting fluid in his lungs and developed a distended bladder — again left in excruciating pain and discomfort.

“I ended up back in the ER and went through 16 hours of hell,” he says.

After undergoing external fixation surgery, Roger says he overheard the doctors discussing the possibility of another surgery on his ribs. However, amidst these talks, Roger received a notice that he was being discharged from the hospital.

Confused, he started looking elsewhere for care and leaned on IMG for help.

“I didn’t want to go back to the rehab center because they waited and waited to treat me, and weren’t treating me for the fluid in my lungs,” he says. “One of my friends found another facility, and I called IMG the Friday morning before Labor Day weekend. [My IMG case manager] made me feel much more at ease. She said, ‘I’m not going to leave work until I know you have this resolved and until you’re in that facility.’

“She kept her word,” he continues. “I called her from my cellphone late that afternoon as I was getting wheeled into the facility, and I thanked her for helping me.”

“There’s no way I would have ever been able to pay that,” he says.

While the U.S. boasts high-quality medical care, it is also home to the most expensive health care system in the world, with costs varying drastically from hospital to hospital. For expatriates and travelers to the U.S., this could mean staggering costs if they experience a medical emergency during their trip or stay.

Luckily for Roger, he had coverage. Prior to his accident, he had purchased an expatriate insurance plan from IMG in September 2008 to protect his health while he was living in Mexico. Little did he know that the plan would provide life-saving coverage during his short stay in the U.S.

“Buying my IMG plan was the best decision I ever made,” he says.

Other IMG members echo Roger’s statement. For many travelers and expats, international health insurance has provided the coverage, support and services they’ve needed during a time of crisis.

From Member to Producer

After surviving his harrowing medical emergency, Roger became a producer with International Medical Group, selling both long-term and short-term international health insurance plans to clients who are living, working and traveling internationally.

“When people ask how I got into the business, I say ‘by accident’ and share my story. I speak from first-hand experience — I know how important it is to have coverage,” he says.

Less than a year after his accident, Roger sold his first IMG plan in March 2010. Since then, he says he’s witnessed medical emergencies far more “bizarre” than his own. 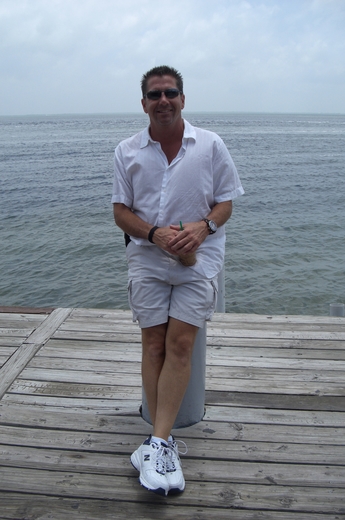 One of his first clients was involved in a case in which a hospital in Mexico provided emergency care, but then demanded the title to the insured member’s home as collateral for payment. IMG engaged legal counsel on his client’s behalf and negotiated the hospital’s inflated charges.

“I have a lot of clients who have had very bizarre things occur, and IMG has stepped up to the plate,” he says.

Both for his clients and himself, IMG coverage provides the peace of mind it promises. Still an expat living in Mexico, Roger continues to purchase IMG insurance.

“It gives me peace of mind. That’s the most important thing for me,” he says.