Learn more about our Leave Your Mark contest starting June 1, 2018 and catch up with last year's winners: New Life Children’s Home and Friends Without Borders.

International Medical Group® (IMG®) is excited to launch our second annual Leave Your Mark essay contest. The Leave Your Mark essay topic for 2018 is: “If your organization were to win, how would this impact your global outreach efforts?” Mission organizations can participate by submitting a 500-word essay on this topic. Our panel of third-party judges will choose the winners.

Click here to enter the Leave Your Mark 2018 contest!

Last year, we awarded two organizations with $5,000 to invest in their global outreach programs. Our winners were New Life Children’s Home and Friends Without Borders. Let’s see what they’ve been up to since winning the contest.

Friends Without Borders provides free medical care to children in northern Laos. They built and operate the Lao Friends Hospital for Children. It is the only pediatric facility in the region. They opened three years ago. Their doctors are already seeing an average of 100 children per day and the facility has greatly expanded its services. The following is a question and answer section with Friends Without Borders.

How was the contest prize money applied within your organization?

The $5,000 prize money generously awarded to us by IMG was applied toward the hospital’s outreach efforts and neonatal care. A portion of the prize money was used to help defray expenditures for medications for infants admitted to our Neonatal Unit. The hospital spent approximately $9,000 last year on antibiotics, anticonvulsants, vitamins and other health care needs of premature babies. Additionally, the prize money was used to help cover costs incurred by our Outreach Department.

Could you tell us about a recent memorable neonatal moment at the hospital?

Winning the Leave Your Mark contest through IMG has allowed our organization to make a difference in several Lao families. Thongsy is one of our featured neonatal patients who made an unlikely, yet remarkable recovery. 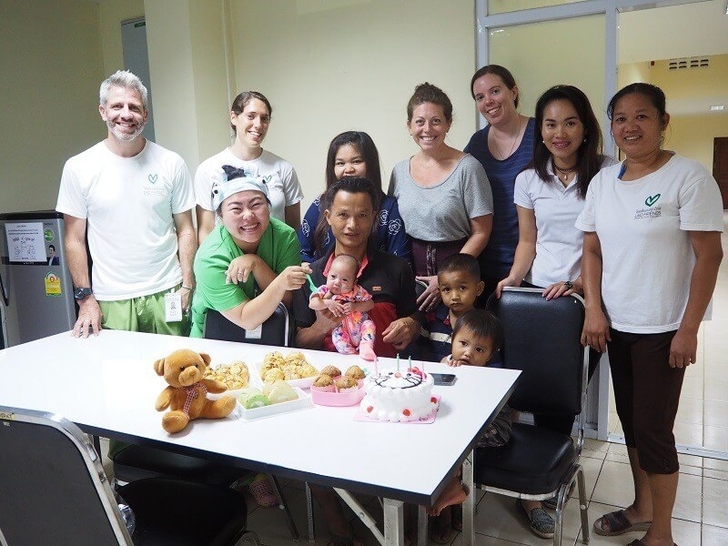 Thongsy was born 12 weeks premature to a critically ill mother at the region’s Provincial Hospital. She weighed less than two pounds. She had an apnea, a suspension of breathing, which prompted the doctors to pronounce her dead upon birth.

Thongy’s Father stared down at the newborn and noticed his baby gasp for air. She was still breathing! He immediately brought her to the Lao Friends Hospital for Children’s Neonatal Unit where the medical team put her on a ventilator and closely monitored her vitals. Our whole team worked together to save her life. We heard a few days later that the mother had passed away due to complications and the father went back to his village without any word to the LFHC staff.

There was talk that Thongsy could be put up for adoption. Months went by without any contact from the family. Our Outreach team called the village and spoke with the father but he refused to come see the baby. In his culture, it was believed the baby caused the mother’s death and was a bad omen.

The Outreach team never gave up. They continued to call the father and after weeks of persistence, he finally agreed to see his daughter. When he saw the infant, he was almost in tears and cradled her with gazing eyes. After holding her in his arms, he vowed to return to take her home when she was strong enough. The father was so grateful to the Outreach Team that he decided to name his daughter Kazu Thongsy, after Kazumi Akao LFHC’s Outreach Coordinator.

New Life’s Children’s Home is in Nueva, Guatemala. They provide a safe home for orphaned and abused children. The children receive attention, shelter and care with a focus of introducing them to Jesus Christ. The following is a question and answer section with New Life Children’s Home.

How was the contest prize money applied within your organization?

We were able to invest in two major potential uses that we mentioned in our essay. We started another 10 week session of the Trauma Competent Care Training, with 11 people attending. Those in attendance included four of our house parents, three of our missionaries, one office staff member, our two new psychologists, and a teacher that works one-on-one with one of our most challenging students. Thanks to IMG, we were able to hire an additional psychologist. This has made a huge impact on our organization. 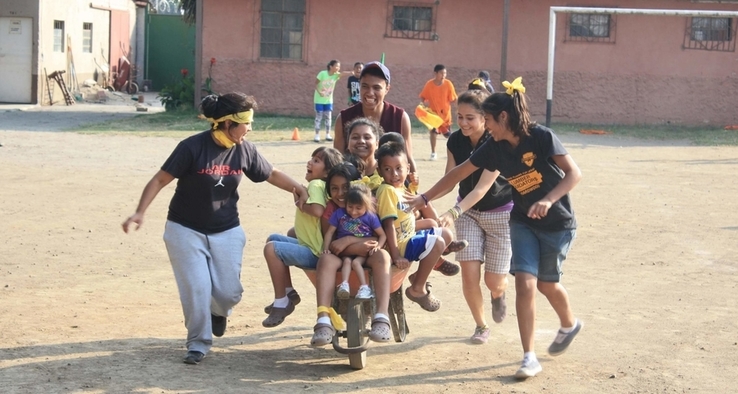 What are your plans for your future global outreach efforts?

We are currently expanding the Christian School to add a high school and more special needs classes. We want to continue to encourage people that are interested in our company to sponsor a child, at only $35/month.

What advice would you give to people entering our contest this year?

We recommend that they trust the instructions given, which were to focus on your vision and dreams rather than on your needs. Paint a picture of what could be with additional funding rather than what isn't now.

Our Leave Your Mark contest is a competition that we are very passionate about. We look forward to your submissions this year and contributing to the incredible impacts your organizations provide our world. For more information on the contest, click here.