Philip said he should have opted out of the hike at the beginning, but he didn’t. He remembers the river making the rocks slippery, but that’s his last memory of the hike. Philip’s next memory is waking up in a hospital bed in great pain.

Philip Mitchell always dreamed of spending a summer backpacking through Europe. More specifically, Philip was drawn to the beauty, history, and architecture found in Greece. He was never able to make his dream backpacking trip through Greece a reality in his twentysomething years, but after retiring from a career as an ER physician, Philip was finally able to book the trip at the age of 63. In the summer of 2021, Philip set off from Bloomington-Normal, Illinois for a 6-to-8-week solo adventure throughout Greece, but not long after his arrival, his plans drastically changed.

Philip had been in Greece for a little less than a week and was excited for the sights he would see and the people he would meet. While on the Island of Crete, he drove from the city of Rethymno to the village of Plakias, known for its beautiful river gorges. Upon arriving to his hostel in Plakias, Philip met a group of about ten people who were planning a hike along a nearby gorge. Philip asked if he could join in on the fun, and off they went. 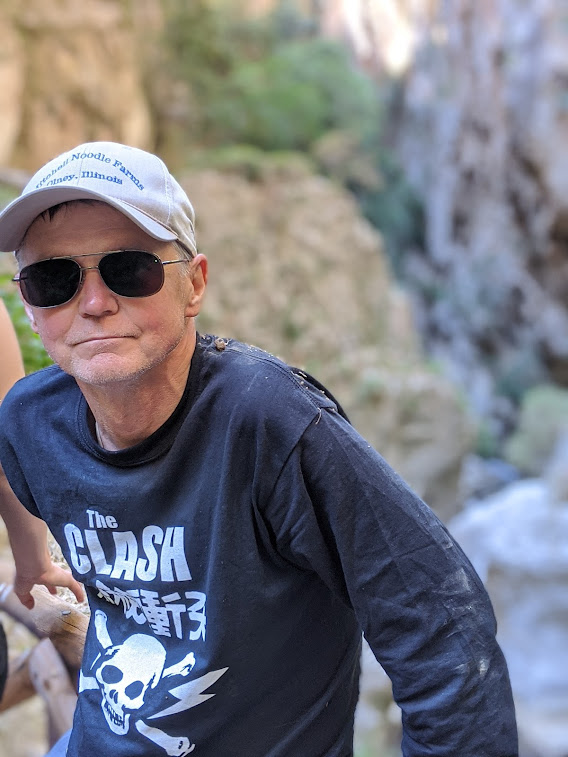 The hike began, and Philip quickly realized that the terrain was rougher than he had anticipated. There were no hiking trails as one might expect, so he and the others hopped from rock to rock as they worked their way along the gorge. In retrospect, Philip said he should have opted out of the hike at the beginning, but he didn’t. He remembers the river making the rocks slippery, but that’s his last memory of the hike. Philip’s next memory is waking up in a hospital bed in great pain.

Philip soon learned he fell nearly 20 feet onto the rocks and water in the river gorge. The last few pictures taken on Philip’s phone captured the gorge, likely showing the location of his fall. A woman in the group rushed to his aid and helped position him so his head wasn’t fully submerged in the water, but it required a rescue crew using a net to successfully pull Philip out of the gorge—taking about four hours to complete the rescue. Thankfully, Philip has little to no memories of the accident itself. One of the only things he does remember from being pulled out of the river gorge is someone saying to him, “Philip, we’re almost there.” 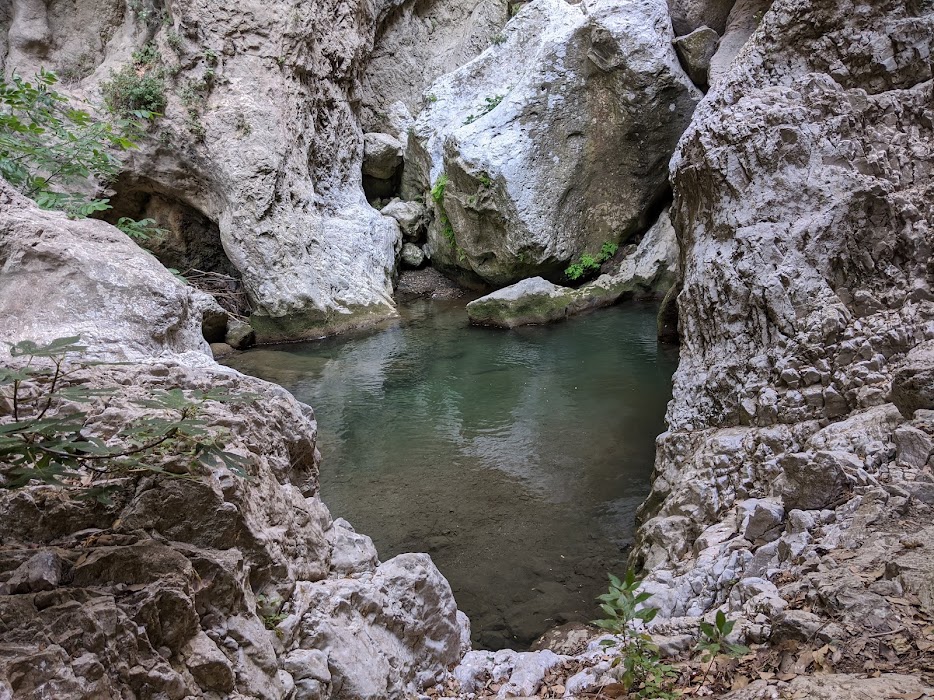 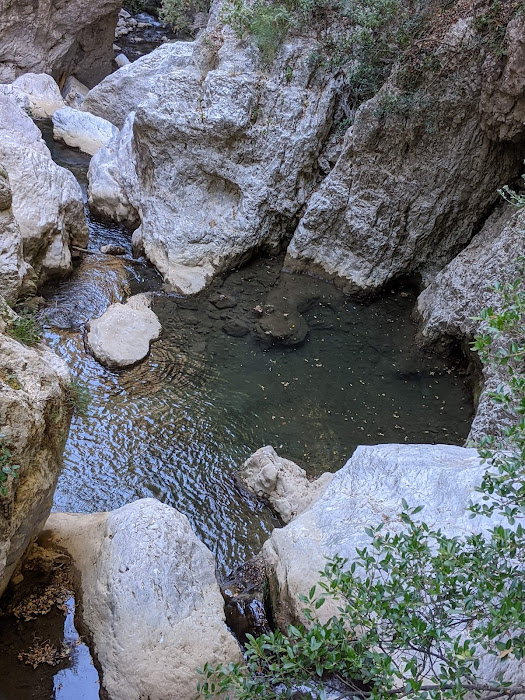 Philip suffered a concussion, a compression fracture of 1 vertebra, 5 broken ribs, a punctured and collapsed lung, a broken right shoulder blade, a broken right hip and pelvis, bruising and bleeding in the lung and liver, and a broken shoulder after his traumatic fall. He spent the first week after the fall in a small hospital on the Island of Crete where most of the staff did not speak English. The doctors helped stabilize him and treated him to the best of their capabilities, but Philip needed more complex surgery for his injuries. He needed to be transferred to a hospital in Athens to receive a higher level of care.

Thankfully, prior to leaving on his trip, Philip purchased a travel medical insurance plan from IMG, and IMG's medical management staff quickly jumped into action to coordinate his transfer. A former physician, Philip knew that medical transfers are not nearly as simple as they may sound, and he was extremely grateful for the efforts of IMG, which got him transferred safely to a private hospital in Athens via a small, private jet.

Philip spent the next three weeks in Athens at the Mediterraneo Hospital, known as one of the best private hospitals in the city. On his first day, he was taken into surgery to have a plate and more than ten screws put into his right arm. Philip spent the next few weeks recovering and becoming stable enough to be transferred from Greece to the United States. But right when Philip was finally getting ready to leave Athens, he experienced a setback. He sent an email to his wife back home that said, “Bled into lung again. Going back into emergency surgery. Please send someone.”

Because of the coverage included in Philip’s IMG travel medical insurance plan, IMG sent Philip’s son, Caleb, to be with him in Athens and reimbursed the family for Caleb’s costs associated with the trip. Between the comfort of having a family member by his side and the Diet Pepsi that Caleb brought to Philip’s bedside each day in the hospital, having his son with him during such a difficult time made a world of difference to Philip.

Finally, Philip was ready and stable enough to return home after about a month spent in Greek hospitals. IMG coordinated another private flight for Philip back to the United States with a doctor and nurses onboard. They had to make several stops along the way before landing in Philip’s home state of Illinois, and he recounts the “treats” he was given at each stop. In Germany, they picked up sub sandwiches. In Iceland, Philip was given a hot meal. His personal favorite? In Newfoundland, the flight crew gave him Haagen-Dazs ice cream.

Aside from the tasty treats, the team on board was extremely professional and up to date on everything he needed medically. Part of this can be attributed to IMG’s Chief Medical Officer Dr. Geoff Tothill. Dr. Tothill called Philip on more than one occasion prior to the transfer to learn more about his situation and figure out exactly what type of transportation would be best. Philip was both surprised and impressed to be hearing from the company’s Chief Medical Officer and appreciated the sincerity from Dr. Tothill throughout the whole process.

Philip landed safely back in Bloomington-Normal, Illinois, underwent another surgery, and headed down the road to recovery.

Philip spent about two weeks in acute rehab in his hometown before finally going home to his family. Through the dedicated care of his wife and kids, Philip has now made an almost full recovery and is able to do nearly everything he was able to prior to his accident, like his routine walks to the local coffee shop. He is grateful for both his speedy recovery and the fact that he had very few medical bills to worry about in the aftermath. 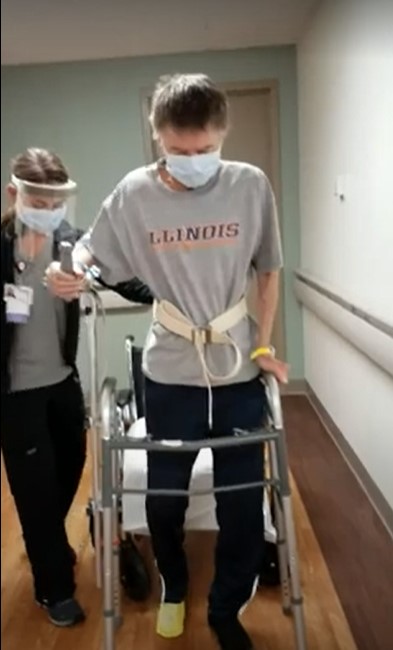 What would have cost Philip and his family hundreds of thousands of dollars was covered between Philip’s policy with IMG and his domestic health insurance. Not only were his costs covered, but throughout the harrowing experience, Philip and his family were constantly receiving communication and support from one of IMG’s registered nurses and case managers. Misty Nielsen, Lead Case Manager, managed the coordination of Philip’s care and transfers while he was in Greece, at times working around the clock to get him the care he needed. Misty spoke regularly with Philip’s daughter, Molly, to provide updates each day, and according to Philip, “Molly couldn’t say enough good things about her interactions with IMG.”

Philip considers his Patriot Platinum Travel Medical Insurance plan the “best insurance policy he’s ever bought,” and he hopes others remember the importance of travel medical insurance when traveling internationally. He says, “I would never travel outside of the United States without that insurance.”

If you're interested in learning more about IMG's travel medical insurance plans, check out our blog, "How to Choose the Best Travel Medical Insurance Plan" to see which plan is best for you.