Known for its beautiful landscape, Ireland is said by many to be magical, and has even earned the nickname ‘Emerald Isle.’ Beyond the cliffs and fields, Ireland also home to stunning beaches and cityscapes leaving something for everyone. No matter what time of year you visit this beautiful country, you won’t be disappointed.

From green grassy fields to scenic cliff views, Ireland has everything that one could want in a vacation destination. Ireland is known for its beautiful landscape, which is said by many to be magical, and has even earned the nickname ‘Emerald Isle.’ Beyond the cliffs and fields, Ireland also home to stunning beaches and cityscapes leaving something for everyone.

The most popular time to travel to Ireland is between May and August, when the fields are their greenest and the weather is the warmest. People assume that St. Patrick’s Day would be a popular time to visit Ireland, but surprisingly, that isn’t the case. While the holiday is still celebrated, people of Ireland observe it as a day of remembrance of the foremost patron saint of Ireland.

There are many places throughout Ireland that have amazing history, unbelievably spectacular views, and cities with some of the most inviting people. Luckily, the country is small enough that you can see all these locations during your visit, and no matter what time of year you visit this beautiful country, you won’t be disappointed.

The most well-known city in Ireland is Dublin, home to countless breweries, distilleries, historical landmarks, and more. One of the biggest downtown attractions is the Guinness Storehouse, where you can learn the process of how the famous Guinness beer is made, along with the history of the iconic seven-story building. The tour ends at the rooftop gravity bar that gives visitors a 360-degree view of the city and a free pint of Guinness beer. 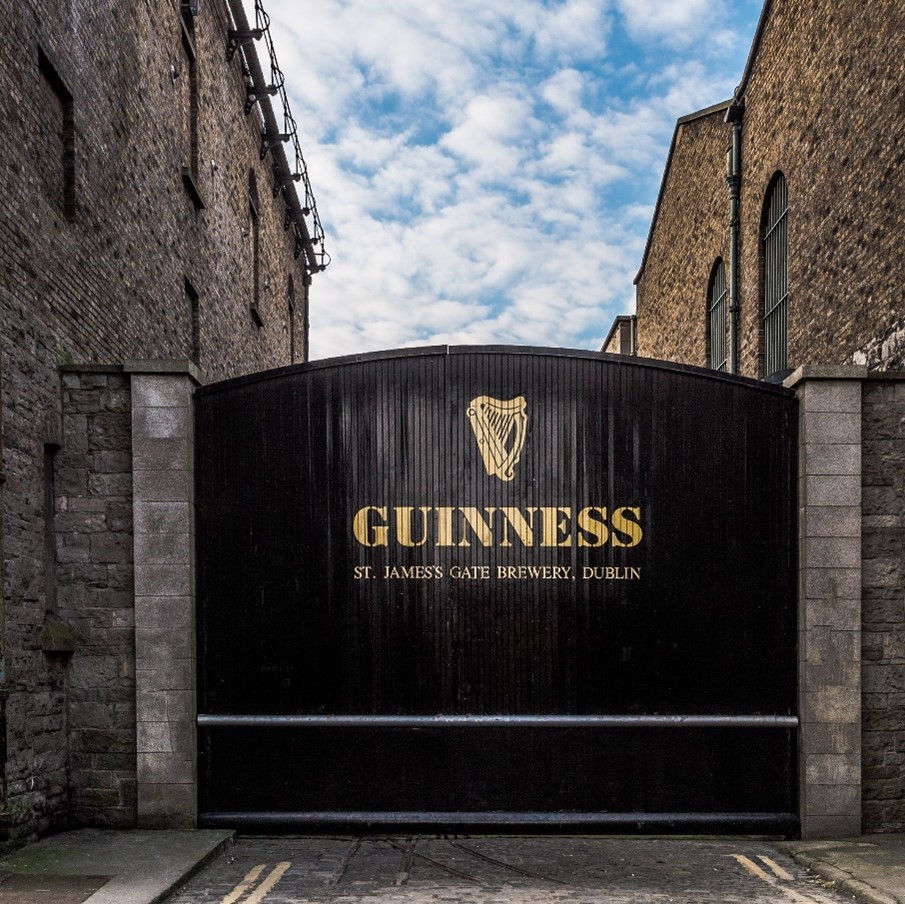 Across the River Liffey is The Old Jameson Distillery, where the Irish whiskey was brewed until 1971. Now the most-visited whiskey experience in the world, visitors can tour the building and learn everything there is about distilling the classic Jameson Whiskey. This is a perfect spot for whiskey enthusiasts who want to learn the history, take whiskey blending classes, and mix their own whiskey cocktails. At the end of the tour, visitors enjoy a whiskey tasting to finish off their experience at the distillery. 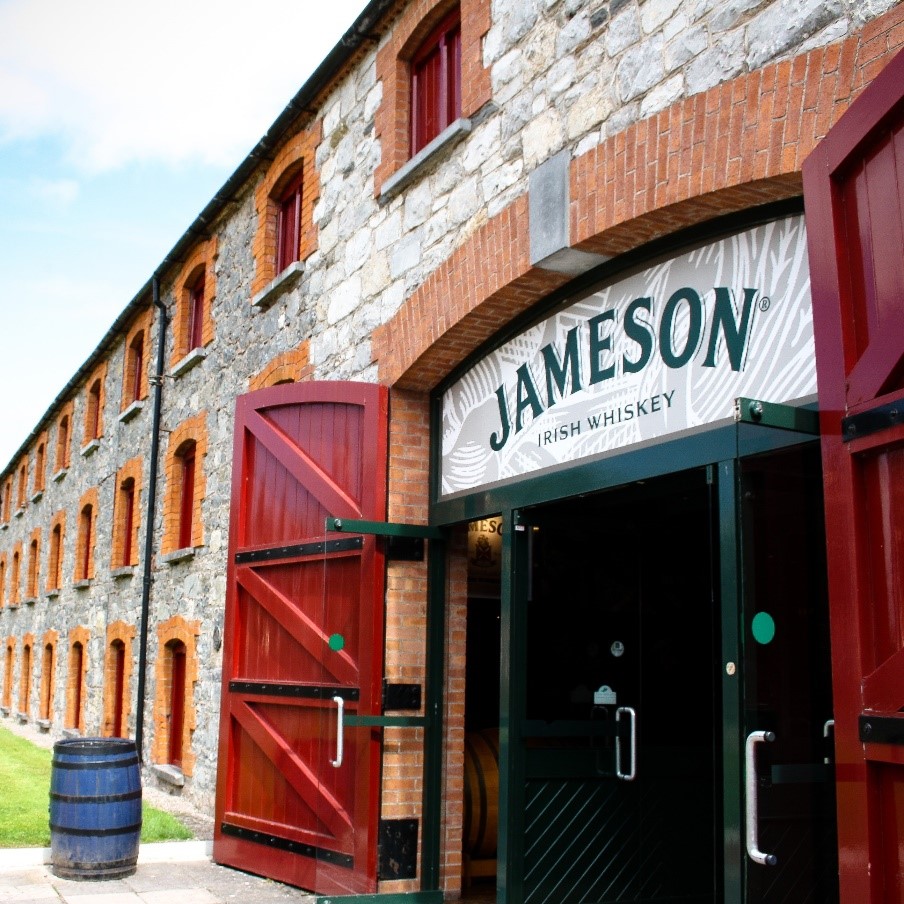 Dublin is also home to the Liffey Bridge, more commonly known as the Ha’penny Bridge. In the 1800s, the Ha’penny bridge was the first pedestrian bridge to cross the River Liffey. For 100 years, pedestrians had to pay a half penny toll to cross, coining the name Ha’penny Bridge. The historical beauty makes for a perfect photo and an absolute must-see when in Dublin. 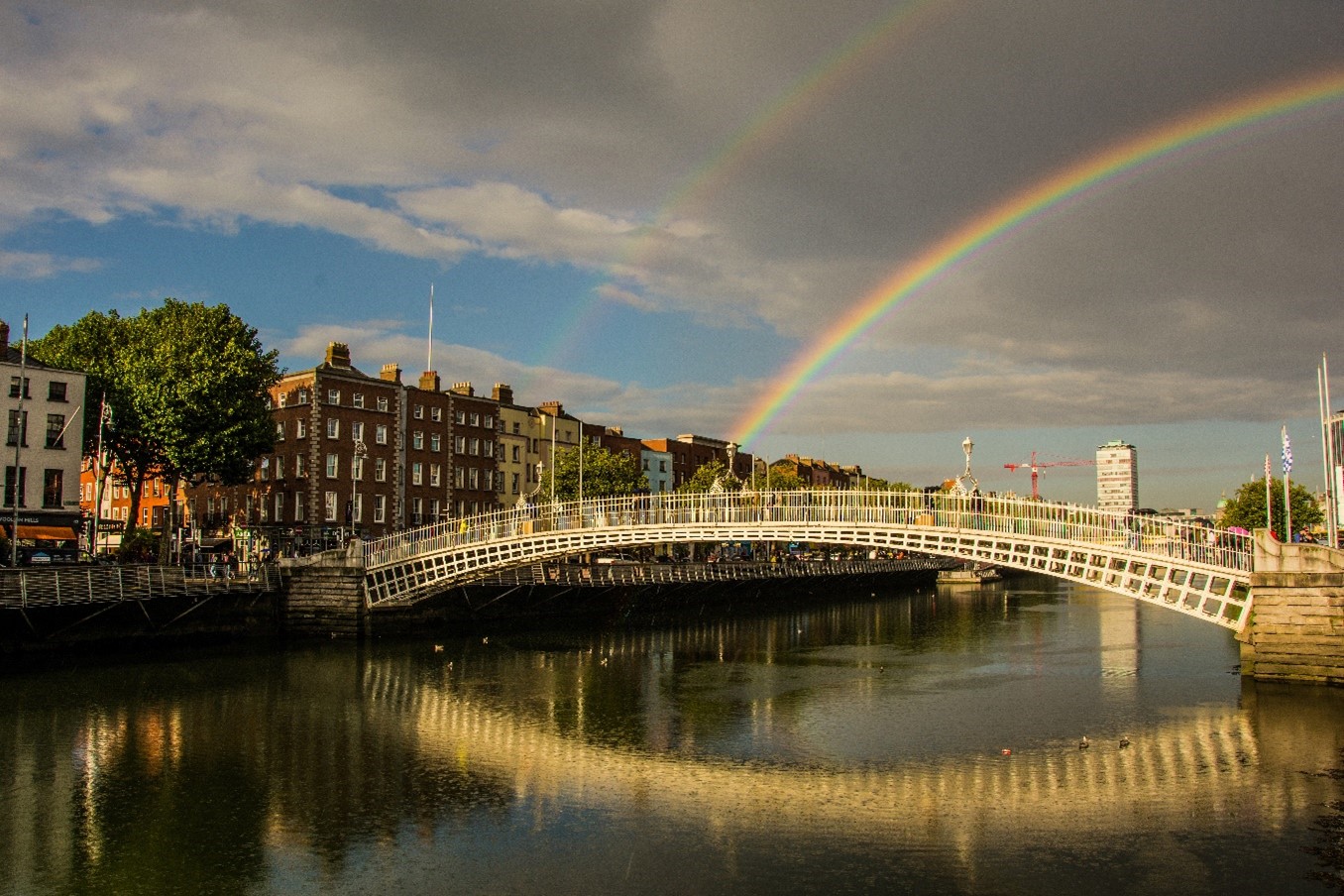 On the south side of Dublin is the Aviva Stadium, the national stadium of Ireland. The Aviva Stadium holds Irish sporting events such as rugby and Gaelic football (soccer). The stadium will often reach full capacity (50,000) during games, so you’re encouraged to purchase tickets in advance. Whether or not you’re a sports fan, this is a great activity for the whole family. 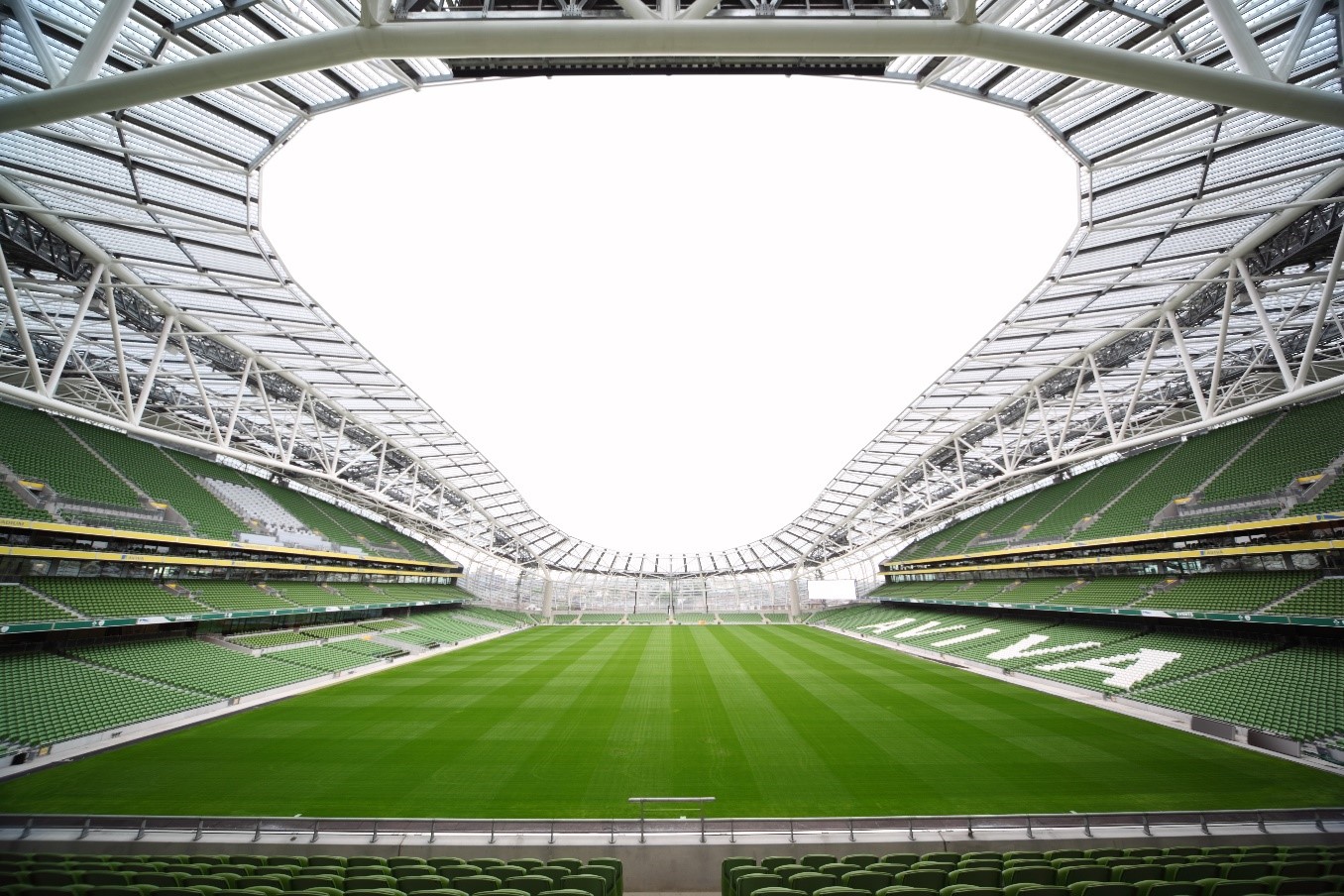 Cliffs Of Moher and Inisheer

Nothing compares to the view from the Cliffs of Moher that overlook the Atlantic Ocean at about 500 feet high. From these cliffs, you can see dolphins and other large aquatic animals such as Basking sharks and gray seals swimming through the waters, while enjoying the crisp ocean breeze. Not only can you enjoy the sights of the ocean animals, but also the views of the Irish Aran Islands off the west coast of Ireland, known for their historic sites and ancient ruins. 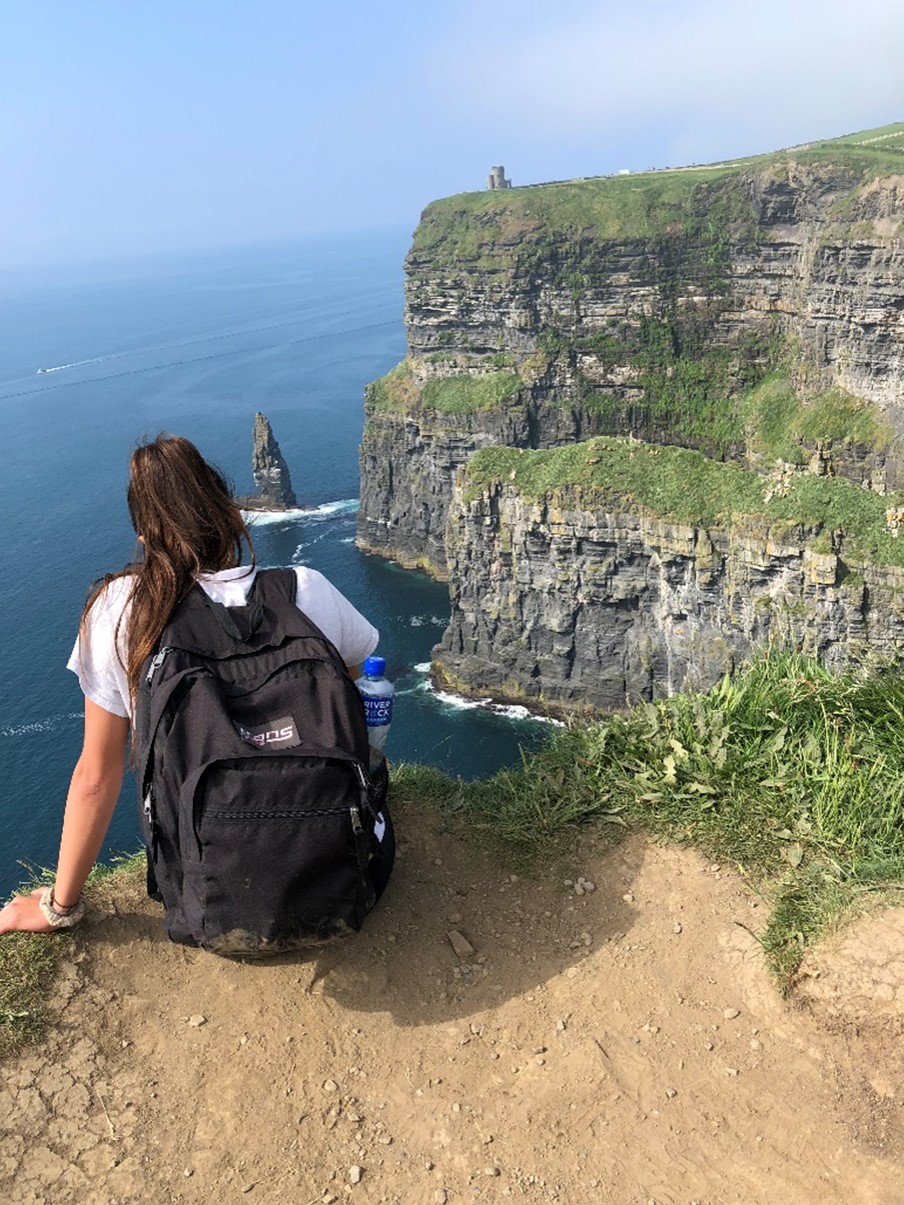 The Aran Islands are most easily reached by ferry but also can be reached by a quick plane ride. The most commonly visited island amongst the three Aran Islands is Inisheer island. The smallest of the Aran Islands, Inisheer is full of character and is home to around 300 permanent residents that still maintain a traditional lifestyle. Some of the Inisheer residents dedicate their lives to tourists, providing them housing, restaurants, and shops. 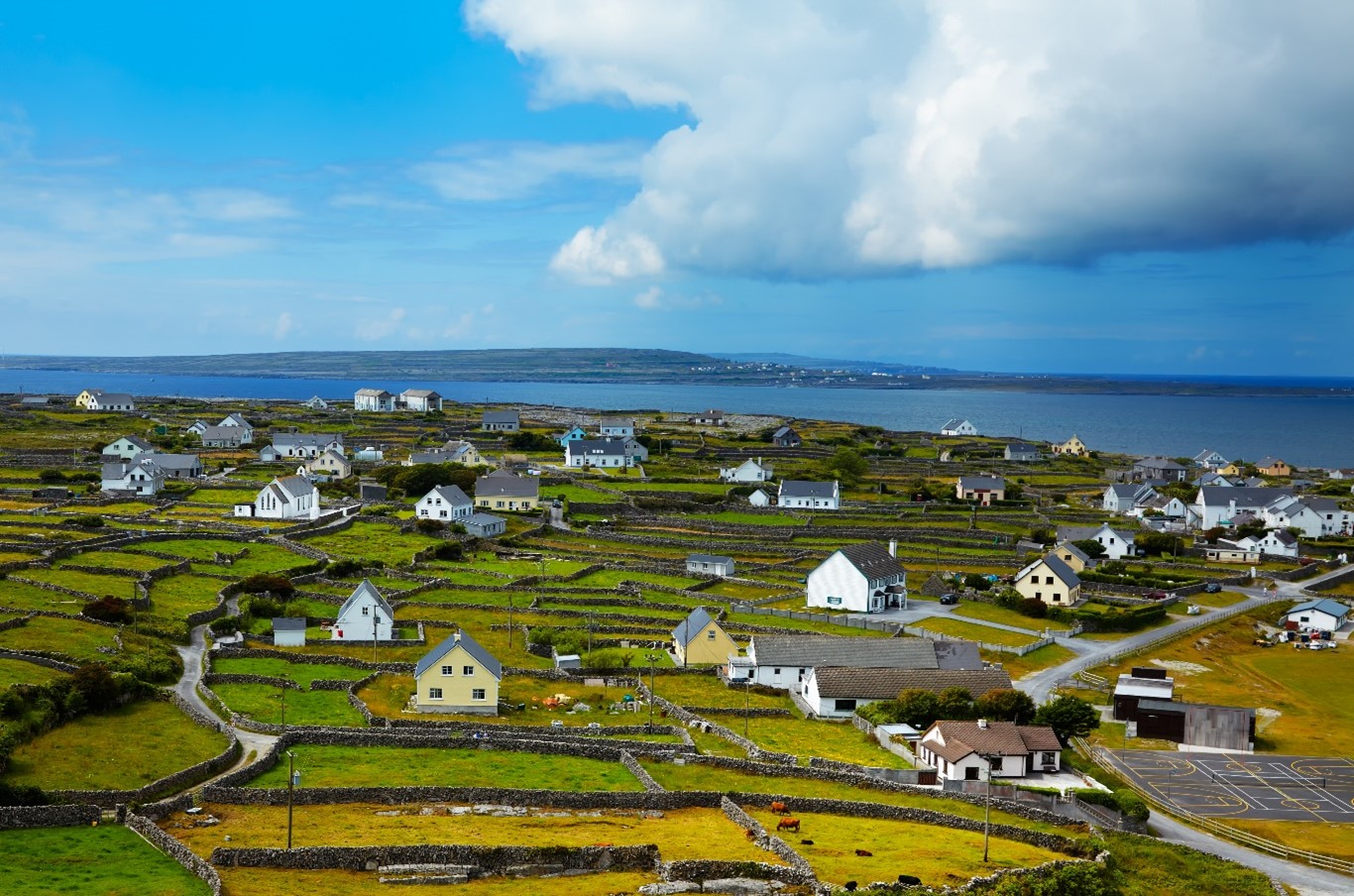 The landscape and scenery are the key reason people visit this quaint island. Vehicles are limited on Inisheer, so the best way to get around the island is either by bike or horse and buggy. When biking through the island, there are many breathtaking scenes that you wouldn’t expect to see on such a small piece of land. On your personal bike tour, you will see the Cliffs of Moher from another perspective, large green fields, and historical buildings such as the O’Brien Castle and Inis Oirr Lighthouse. The O’Brien Castle is a perfect spot to view the entire island and soak up all its beauty.

Something quite unique to this island is the Plassey Shipwreck, an Irish cargo vessel that wrecked in 1960 and is still there to this day. To end the day of adventure, there are smaller secluded cliffs that are perfect for watching the sunset in peace. 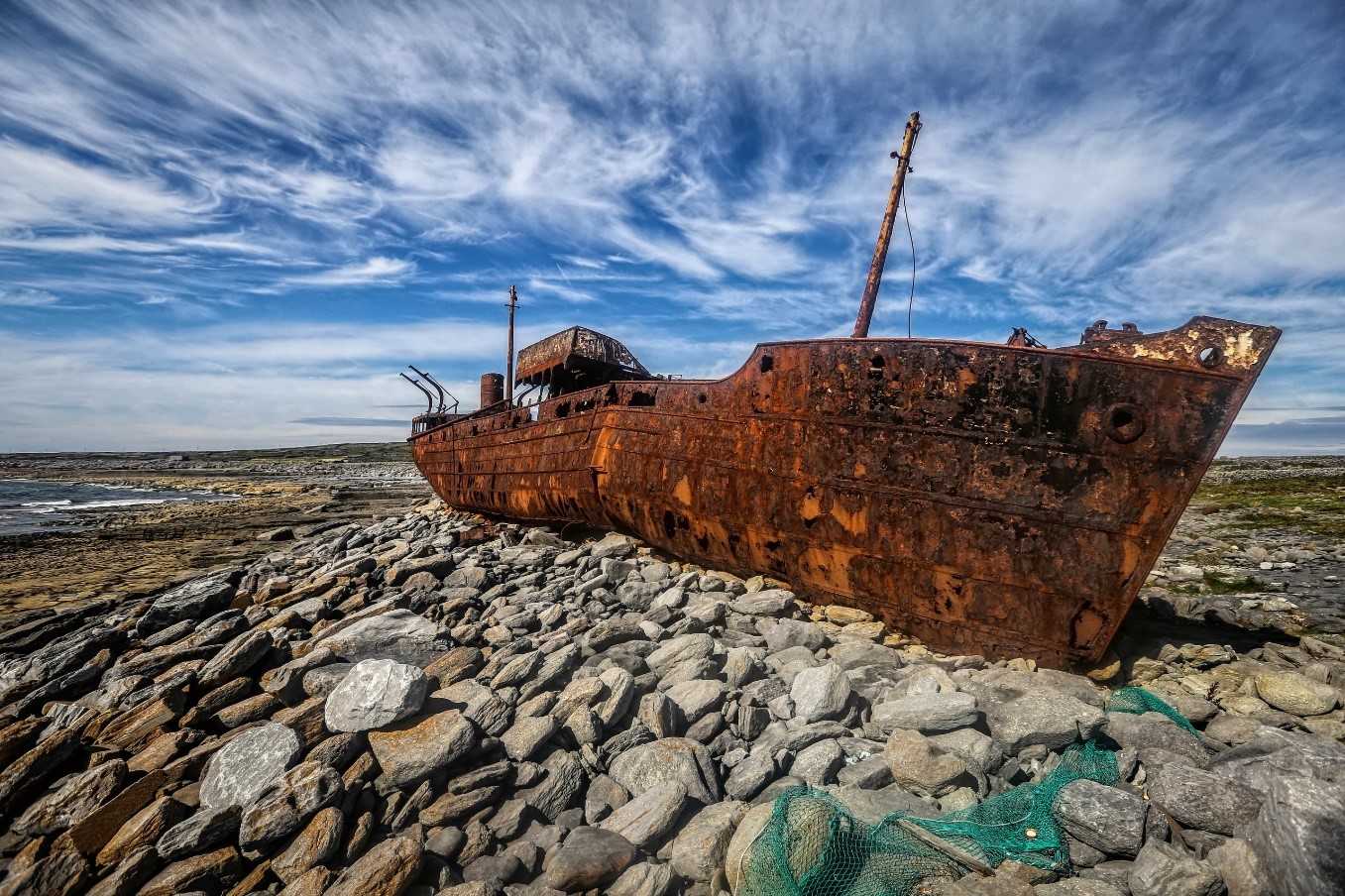 The city of Cork is home to the Blarney Castle and Gardens, one of Ireland’s most popular tourist destinations. Within the Blarney Castle is the famous Blarney Stone that millions of people around the world come and visit every year. According to legend, if you walk all the steps of the castle and kiss the Blarney Stone, you will receive the gift of eloquence. After kissing the Blarney Stone, take the opportunity to explore the 60+ acres of magical gardens within this charming village. Each garden has its own special charisma, from tranquil and serene to mystical and magical. This village is full of extraordinary sights, which make it such a memorable experience. 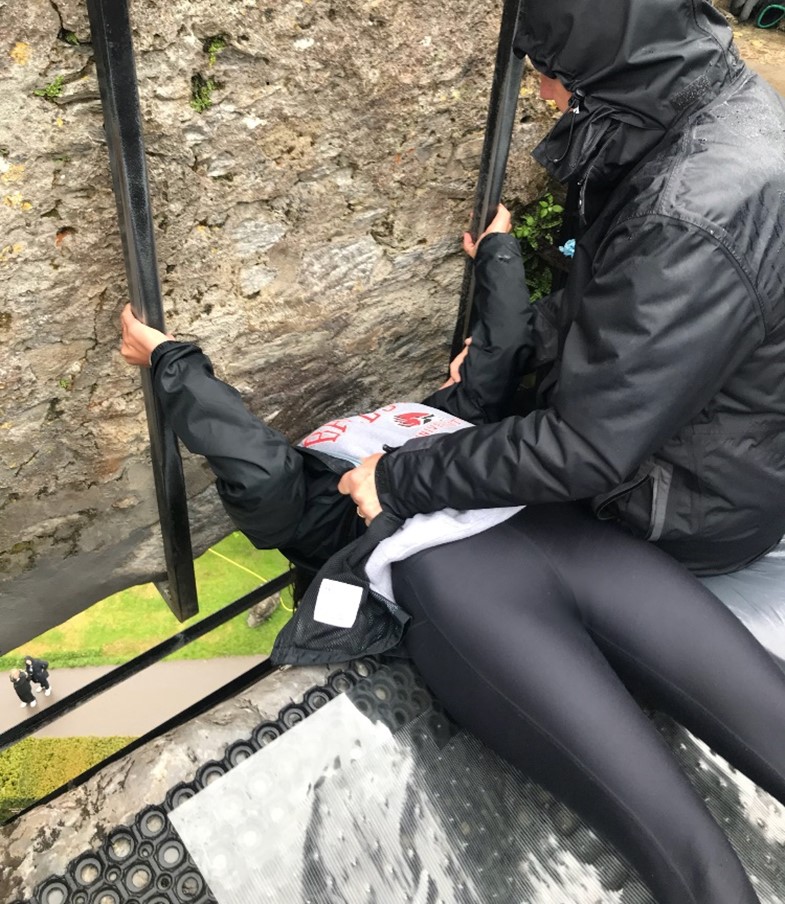 While we only covered three must-see destinations, there are many more amazing places in Ireland that everyone should visit at some point in their lives. From beautiful scenery and serene beaches to bustling cities and iconic distilleries, Ireland is perfect for families, couples, and friends. And if you do decide to visit this stunning country, plan to stay at least one week, so you aren’t rushed when visiting all the top locations.

Traveling to Ireland is a trip that you want to plan in advance with the purchasing of tickets, tours, airfare, and housing. Protect your trip investment in case anything doesn’t go as planned and enjoy your Ireland adventure to the fullest with a travel protection plan (iTravelInsured) from IMG.